Why Go With TunnelBear

TunnelBear is a great VPN overall, but it really shines in its ease of use and the quality of its business offering.

While many VPN providers make ease of use a cornerstone of their product, TunnelBear takes things a step further.

The apps do not require any tweaking. Simply login and connect. You’ll automatically be connected to the best server available.

More to the point, the iOS and Android apps allow you to access the VPN without even unlocking your phone. The 3D touch feature on iOS and the Android widget allow you to connect to a TunnelBear server directly from your homescreen, ensuring you’re protected even while you’re not using your phone.

TunnelBear has one of the best business offerings around. Every team member can connect up to 5 devices simultaneously, which is especially great for developers, web designers and others who may need to check their work or have access to collaboration tools on multiple devices at once.

You’ll also get priority support and a dedicated personal account manager, which will serve as the first point of contact for all your enquiries and issues. 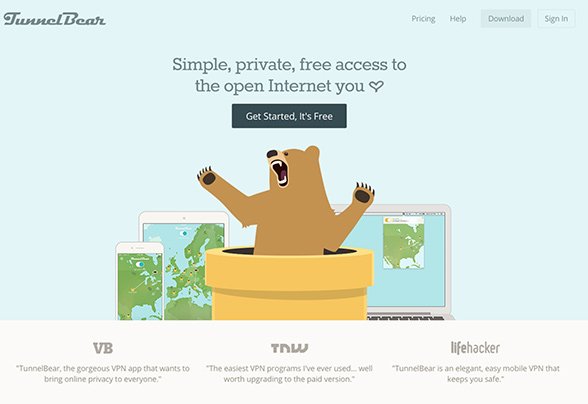 When it comes to internet privacy, TunnelBear truly puts its money where its mouth is. Their privacy policy is incredibly transparent and straightforward, setting out exactly what they collect and why.

While some VPN providers claim to be log-free, they still collect connection data such as the time you connect and log off, which server you’ve connected to, and even your original IP address. TunnelBear doesn’t do this, allowing you the highest level of anonymity possible.

The VPN apps are designed to connect automatically when you start up your device and to stay connected even if you restart. However, if you’d rather not be connected to the VPN all the time, TunnelBear also has a whitelisting option. In other words, you can set TunnelBear to automatically connect or disconnect depending on whether a particular WiFi network is in your list of trusted networks or not. 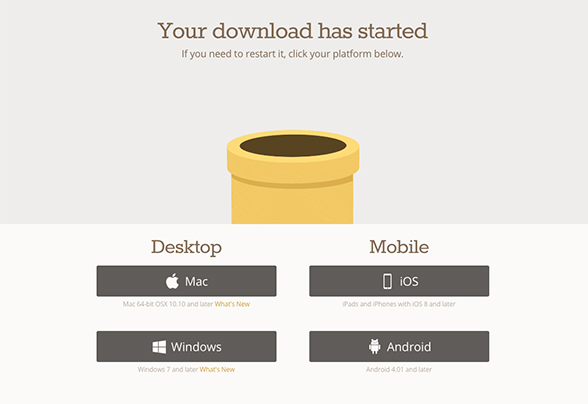 TunnelBear has several features which other VPN providers on the market simply do not have. In particular, it has an auto-tunnel feature, Vigilante mode and GhostBear technology.

Auto-Tunnel
While some VPNs are designed to connect automatically to the server that’s closest to your location, TunnelBear’s Auto-Tunnel feature does things a bit differently.

Auto-tunnel’s selection isn’t based on physical location, but on ping time. In other words, it tests how long it takes for a server to communicate with your device and automatically connects you to the one that takes the shortest time to do so. This ensures your VPN always performs optimally, without slowing down your internet connection.

It adds an extra layer of security to your already encrypted connection by scrambling it completely. This makes it much harder for internet service providers (ISPs) and others to detect that you’re using a VPN. And, if they can’t detect you, they can’t force you to disable your VPN in order to access certain websites.

When a WiFi connection drops, a VPN briefly disconnects and reconnects. With other VPNs, this means your private data is unsecured until your VPN reconnects. And, while this is usually a matter of seconds, your data is still at risk from hackers and snoopers.

Not so when you use TunnelBear in Vigilant mode. The feature kicks in whenever TunnelBear disconnects, even if it’s just a matter of a few seconds. That way, you can rest assured you’re safe at all times, even while your VPN is re-connecting. 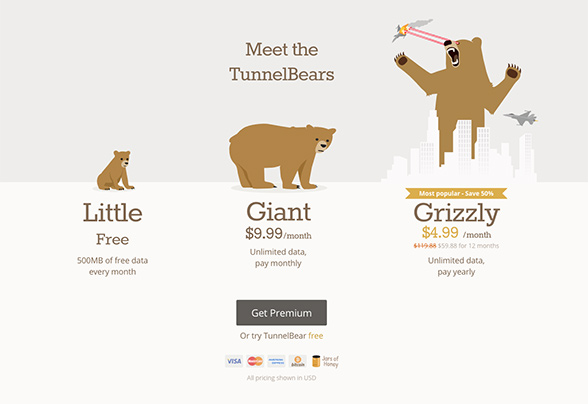 Paid TunnelBear packages all come with unlimited data, which means you can use as much bandwidth as you like without being throttled. All servers are monitored for potential issues and the apps are regularly updated to ensure everything works as it should.

However, with servers in only 20 countries, TunnelBear lags behind other VPN providers, some of which have upwards of 150 server locations. So, while switching server is easy, you may find that you may still run into speed issues in certain geographical locations or if you’re trying to connect to particular websites.

On the bright side, TunnelBear’s auto-tunnel feature ensures you’re always connected to the fastest server available. And while TunnelBear itself warns that the GhostBear feature may slow the connection down, we didn’t find the difference to be particularly noticeable.

Unfortunately, flexibility is somewhat of a mixed bag.

On the positive side, TunnelBear has apps for all major operating platforms. It also allows up to 5 simultaneous connections.

On the other hand, it cannot be installed on a router or manually. This means it won’t work on Apple TV, smart TVs and gaming systems such as Xbox and PS4. It also doesn’t support torrenting at all. 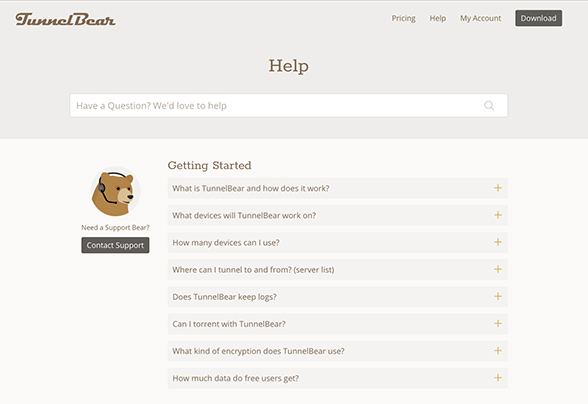 TunnelBear’s FAQ section covers general questions, billing and account issues, as well as technical issues specific to its VPN apps. The language is straightforward and the answers to the questions are quite comprehensive, leaving little doubt as to what you can and cannot do with the service.

Talking to a live customer representative is a bit more involved, though. You’ll need to login using your account email and password. Then, you’ll need to open a support ticket and await a response. Disappointingly, TunnelBear don’t currently have a live chat or phone option. However, you do get an automated response promising a reply to your query within 24 hours.

TunnelBear is very active both on Facebook and Twitter. They’re also quite responsive to customer queries. Most of the time, however, they reply to queries and complaints simply by telling you to open a support ticket, which can be frustrating.

Of course, business users get priority support and access to a personal account manager, which means support is much speedier. This is as it should be, seeing as business VPN is more expensive than the personal version.

TunnelBear does come up short in some key areas. The number of server locations is rather low, especially for a VPN that has been in business for 6 odd years. And its lack of flexibility, particularly the fact that you can’t install it on a router or use it for torrenting, is quite disappointing.

With that being said, TunnelBear is a joy to use, really big on privacy, and has a refreshingly straightforward and transparent privacy policy. It also has a great business offering and innovative features you’d be hard-pressed to find in other VPNs.

Based in Canada, TunnelBear has been in operation since 2011. TunnelBear’s co-founders, Ryan Dochuck and Daniel Kaldor have many years of experience creating high-end online security products under their belt. These include stints with Microsoft and Research in Motion, the company best known for creating the BlackBerry.

TunnelBear’s mission is simple: to make internet privacy as simple as possible for everyone. And it shows. Their VPN apps have won design awards. And their VPN offering is full of features aimed at keeping you secure whilst requiring the least effort possible on your part. It’s also a strong supporter of the global privacy movement and internet privacy rights for all.